Working for the then Department of Aviation the township of Leigh Creek was on the move and so was the airport.

A new airport was constructed and all of the old airfield lighting was transfered from old to new.

Staff stayed in the old A Block for a majority of the works but eventually had to move to the new town as this was demolished.

Severe wind storms near the end of the project delayed commissioning, as the TVASIS were damaged by materials blown over from the new township. 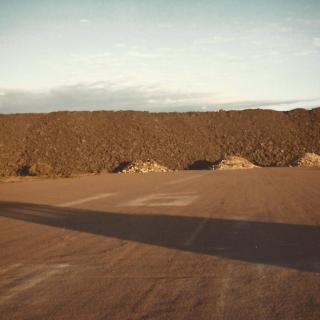 Removing runway lights from old runway as mine overburden approaches 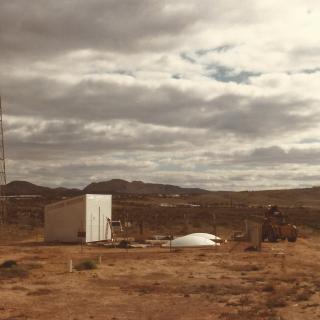