AEIS was commissioned by the Philippines Government to investigate ways of enhancing the airports lighting facilities at Subic Bay International Airport following the accidental parking of an MD11 in the south China sea. The project involved the design and preparation of technical specifications for prospective tenders.

Assessment of returned tenders with recommendations to Federal Express who had agreed to fund this project for Subic Bay Airport.

Airport Electrical was engaged by Federal Express Limited to undertake the final design, documentation and project management for the installation of Cat 2 lighting. This included approach lights out into the South China sea, runway centreline, touchdown zone and runway edge lights.

Specific attention was taken to ensure that all aspects of the installation was undertaken in a manor which fully complied with the requirements of the US. Federal Aviation Authority. (FAA). The work involved close liaison with the airport authorities, local government bodies and airport users.

FedEx initially had a design undertaken by US Consultants who simply copied the existing old fashioned installation techniques used twenty years ago. These no longer complied with current standards nor did they take advantage of modern installation techniques. The changes that we proposed ended up saving FedEx a total of 1.5 million dollars.

The largest savings where achieved during the installation of Approach lights out in the South China sea where we suggested using stainless steel lighting supports rather than concrete. The initial cost of the stainless steel structures was high, however this was offset by the savings which where achieved by reducing the amount of piles which had to be driven into the sea bed by 60%. 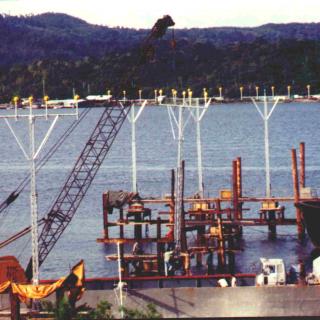 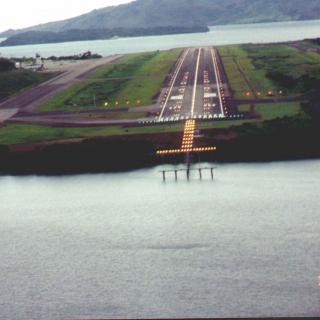 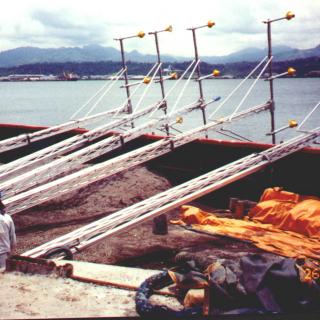 Loading HIAL poles on barge for transport out into Subic Bay 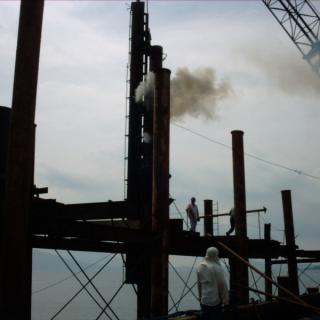 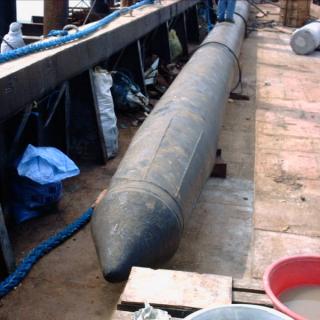 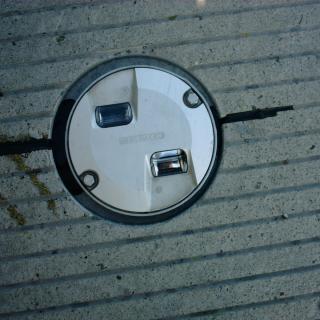 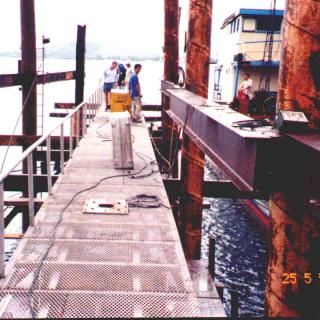 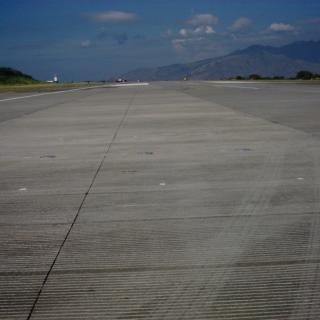 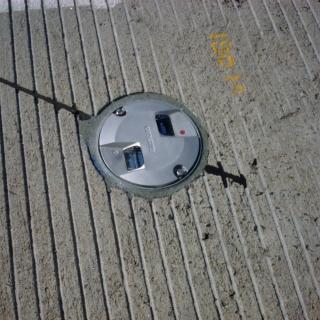